- May 02, 2019
Scotney Castle is right on the Kent border with East Sussex. However, the house and its grounds lie in VC14, botanical Sussex and not Kent so any finds go to that county recorder. It's an interesting place for both planted and wild flowers, though it is the latter I am concentrating on today (as usual).

Nearest the car park is the house with its SSSI lawns. Growing here are wild Green-winged Orchids, often hundreds of them. However, it was too early and for them and I couldn't find any up, though I did find several rosettes. I then started talking to one of the gardeners about leaving me some "weeds" to photograph and she mentioned one orchid was actually in flower on the lawns. I went back and looked again, and yes, there was just the one orchid hiding in the grasses.  it was very small and so easily missed, but clearly in flower. By the beginning of May there will be a fine display on this lawn of thes orchids, along with several on the estate walk ass well (blue walk).
Annoyingly there were several out of control children running all over the lawns as if it were a playground and their parents blissfully ignorant that their children were potentially causing a lot of damage to SSSI plants. There were signs up as well asking people not to go onto the grass but these were not seen or just ignored. In previous years they put up a low rope barrier which seemed to do the trick - maybe one will go up soon. 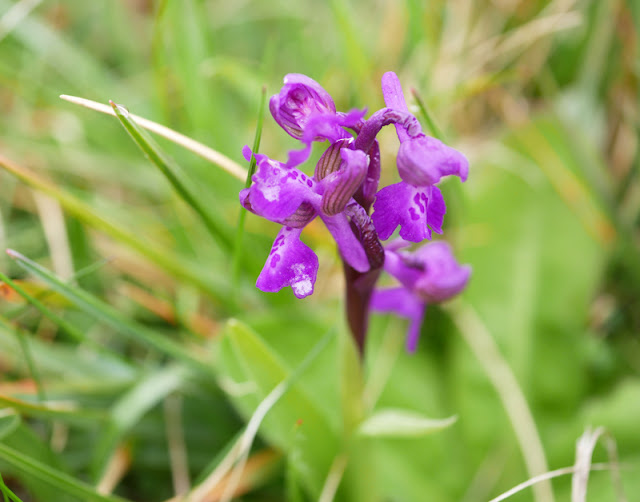 Also showing well in the lawn were lots of Field Wood - Rush. 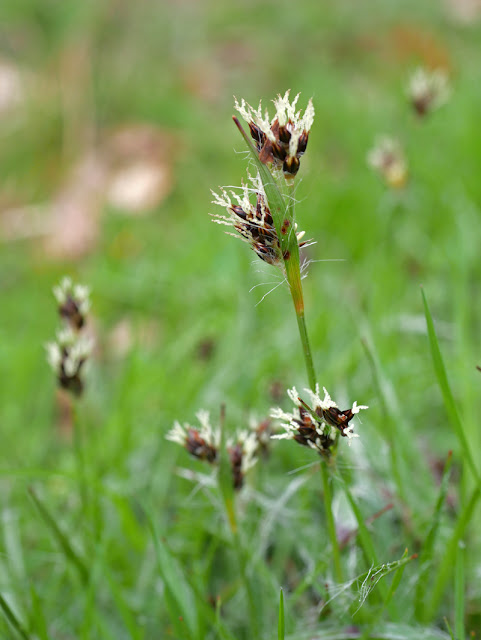 Although the house grounds are heavily planted, there are several wildflowers to be found if one looks around. Here's a native Wood Anemone, one of several in the quarry garden, with a torpid pollinating bee within it. 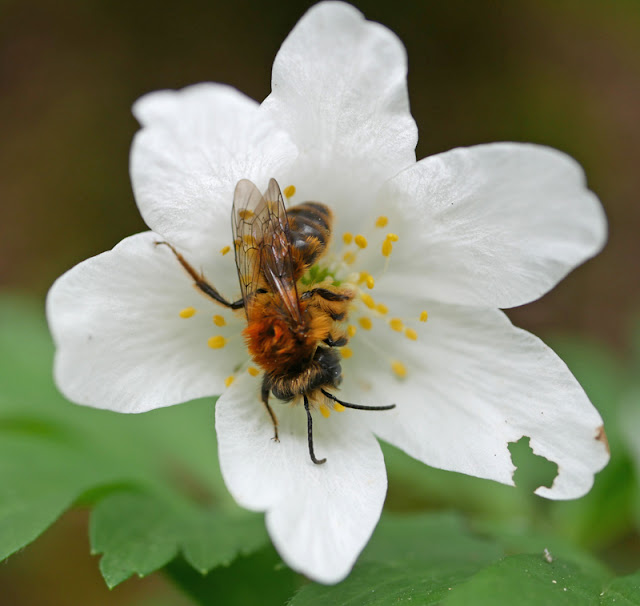 By the stream that feeds the ponds were stands of Cuckooflower or Lady's Smock. 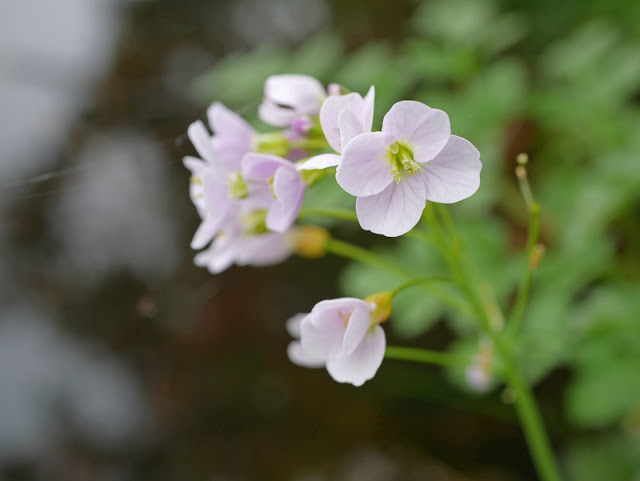 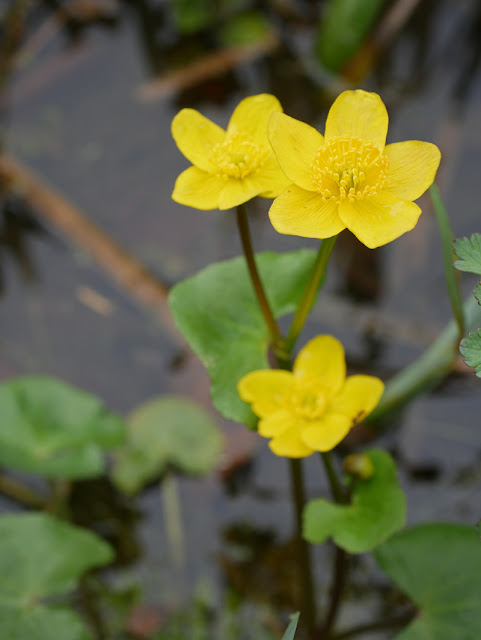 Marsh Marigolds are a native plant, but they are widely planted for their splash of Springtime colour, as I suspect these were. 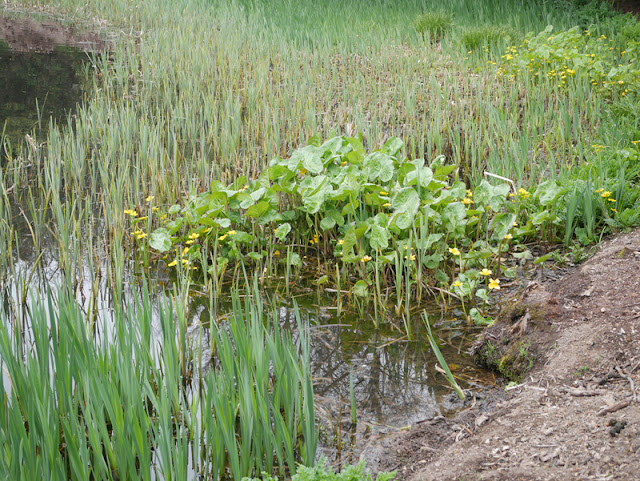 There were plenty of wild Wood Sorrel in the shady damp of the quarry garden to be found. 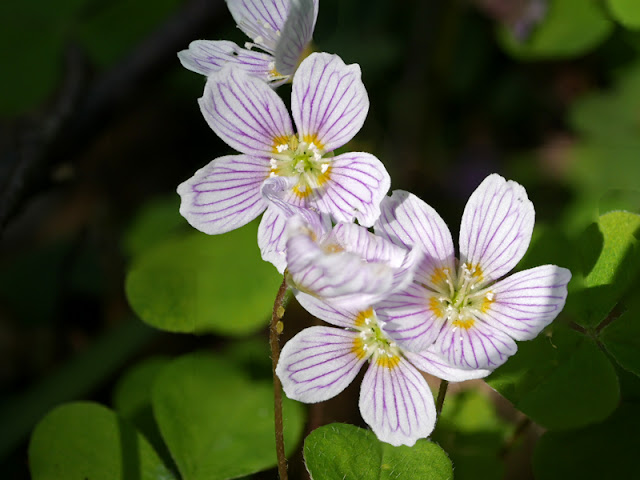 Thale Cress was abundant here as well as around the house in pavement cracks and such like habitats. 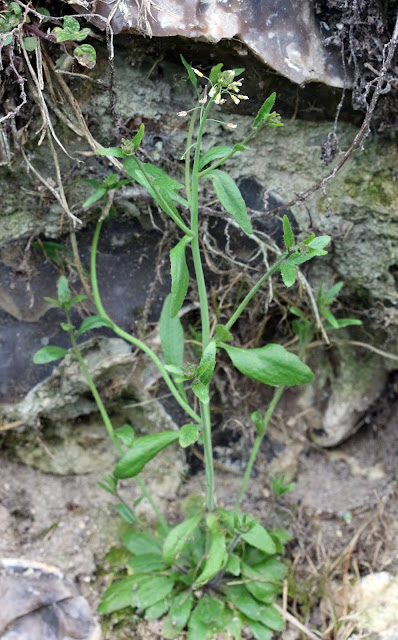 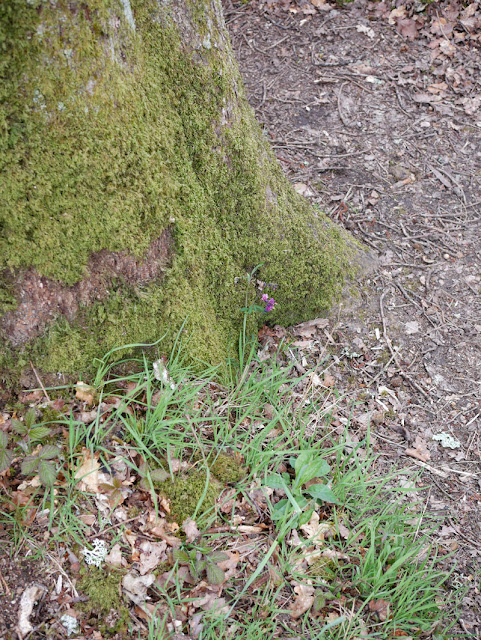 This photo shows off my star find of the day, by a tree at the lake, can you see it?


Yes, at the base of the tree was a single flowering plant of Bitter Vetch. 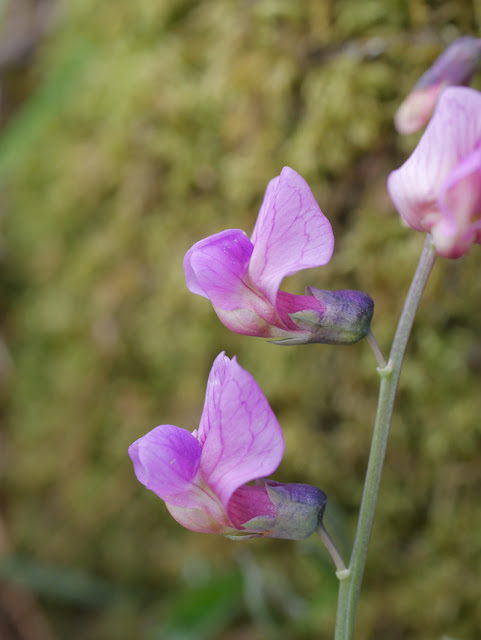 These are quite rare in Kent and all the ones I've seen are in the vicinity of West Kent into Sussex. of course, these were in VC14 East Sussex and not botanical Kent at all. 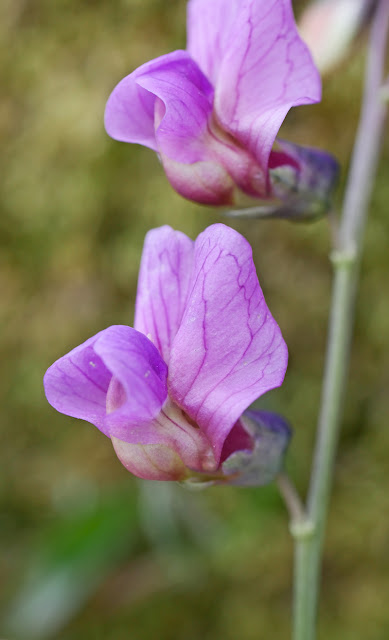 So ended a quick visit to this beautiful National Trust property. It's on a hill, so we took it very slow and easy. I didn't expect to find a Green-winged Orchid or a Bitter Vetch in flower, so those discoveries made the trip very worthwhile.