- June 28, 2016
When the HS1 Eurostar railway line was built there was a huge hoo-hah from everyone about the damage it would cause to the environment and to some extent that was true. What was also true is that mile upon mile of new habitat was created along its banks and cuttings. Furthrmore, trees are the last thing they want growing along a high speed rail line so the line is regularly cut. Being on chalk here, this management meant a huge variety of chalk grassland species taking a hold here. 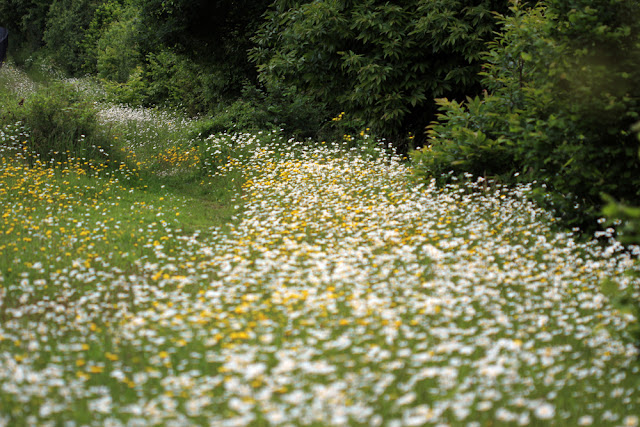 In amongst all these were some real gems. 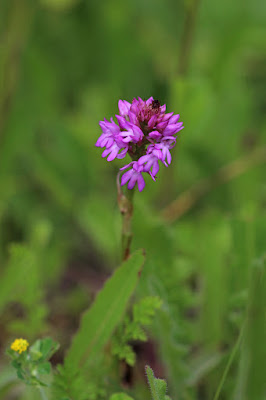 While common in North Kent, Pyramidal Orchids are always a delight to see, their pink hues boldly standing out among the grasses saying I'm here!

They have a very slight scent to attract insects to pollinate them, but they then cheat the insects in that there is no nectar!

When, for whatever reason, the councils miss mowing verges for a while, these tend to pop up to brighten up our roads. 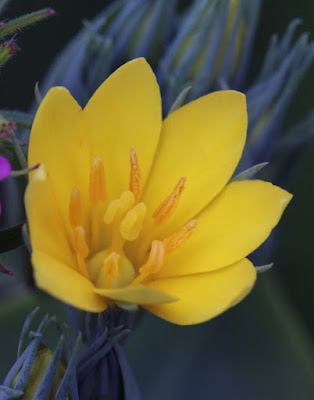 This is Yellow-wort, another flower of the chalk. It's single bright yellow flowers only open in the morning sun. Their grey green foliage is distinctive as are the flower stalks that appear to grow out of the centre of the leaves. 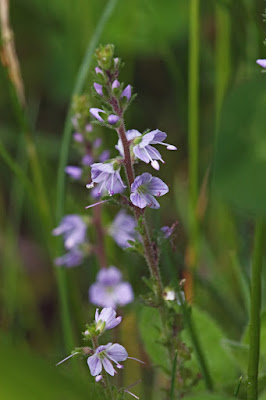 Tiny Thyme-leaved Speedwells were abundant with their spikes of tiny blue flowers and strap shaped leaves. 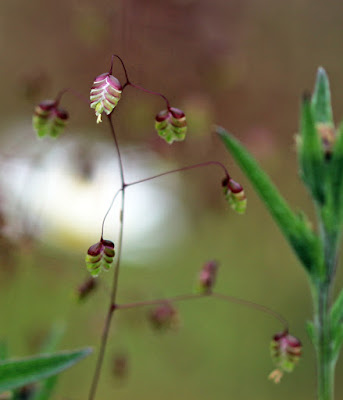 Quaking Grass was everywhere too, it's tiny flowers quivering or quaking in the slightest breeze. Luckily this day was quite calm, so there were no quakes around today! 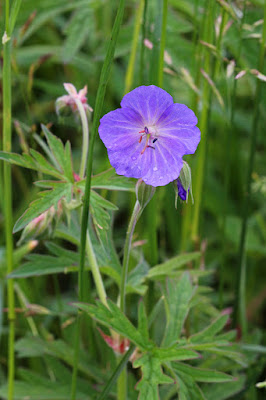 This is the most showy of the wild Geraniums, the Meadow Cranesbill. Whether it arrived naturally, or as part of a seed mix, I'll never know, but they look nice.
On a recent trip West while going through the Chilterns, I saw mile after mile of road verge with these flowers all along the road, what a sight! 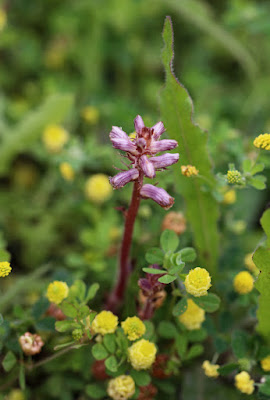 Common Broomrapes were numerous, invariably growing on members of the pea family such as these Hop Trefoils. They lack chlorophyl and draw what they need from the host plants.  Last year I saw some of the rarer Knapweed Broomrapes on the railway tracks here as well. 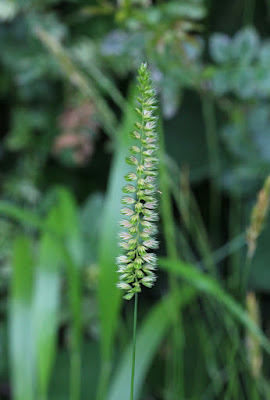 Some of the other grasses were eye catching as well. Now I'm working, I just don't have the time to look them up, but maybe I will come Winter! 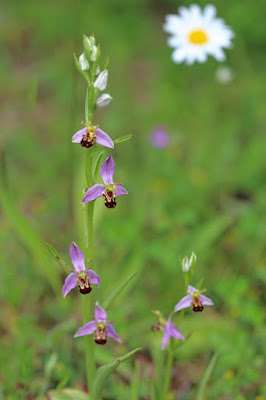 Dotted here and there all along the railway were over a hundred Bee Orchids, and what a beautiful sight they were. They are the favourite orchid for many and one that can be found over much of the UK at this time of the year. 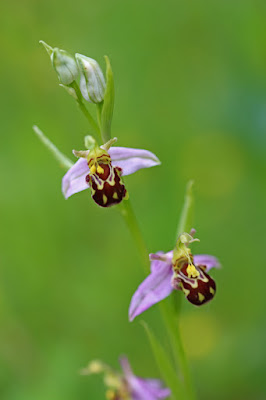 Because I can't resist them I took a lot of photos of them!

Bee Orchids have a few known variants which are quite rare, such as Belgarum, bicolour, wasp and chlorantha to name a few.

As such, I feel obliged to check each plant to see if I can find one locally to me, but with no luck so far. 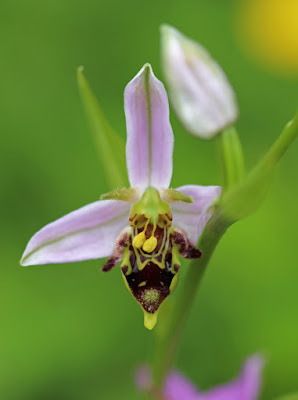 When I found this flower, I got a bit excited, as it is similar to O.apifera var. trolli or Wasp Orchid. But it turned out to be a mutation as another flower on the same spike was completely normal 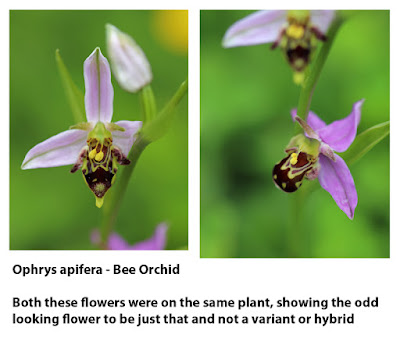 As this photo shows! 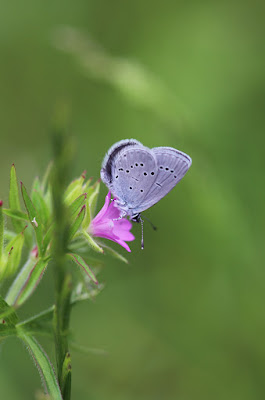 That was about it for this short walk before work.
On the way back I spotted a very small blue butterfly, not much bigger than a small moth. At first I thought it could be a Green Hairstreak and followed it until it settled.

I was amazed to find it was a Small Blue Butterfly, a species I'd never seen before, let alone in North Kent.
Their caterpillars feed exclusively on Kidney Vetch which before the railway line wasn't here. However, there was now a large population of it on the embankments behind the barbed wire fence of the railway.

Then to put the icing on the cake I saw a few more, stunning! 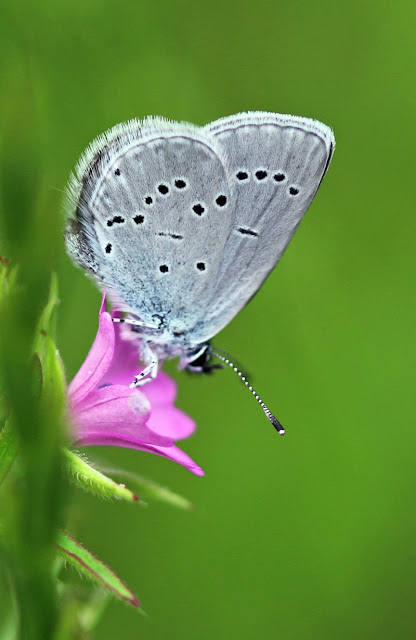 Unfortunately, I couldn't get one to pose with its deep blue wings open for me, but I'll settle for this shot.