Chailey Common is one of the largest commons in the south of England and was designated a Local Nature Reserve in 1966. It's actually several commons loosely linked together with acid loving plants and wet boggy areas, all worth a look at. 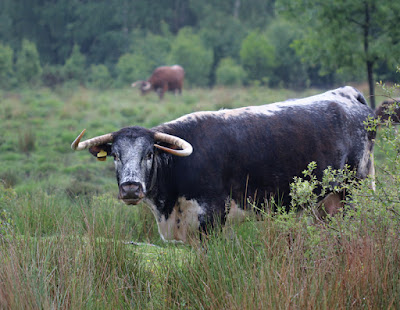 On the commons were ponies and cattle, but in numbers designed to aid the management of bracken and scrub, so enabling wildflowers to flourish.

Most livestock farms are intensive and there's nothing to see in most sheep fields for example. 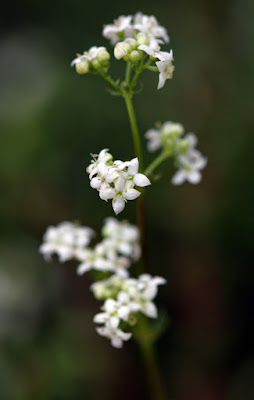 Prolific everywhere were mats of Heath Bedstraw, subtly different to the usual Hedge Bedstraw found on the chalk of Kent. The key to finding these fifferences in not in the flowers but in the leaves. Each has tiny bristles and teeth and these vary in each different species, so take out your eye glass and examine the leaves carefully. There's several different bedstraws, but the habitat you find them in will rule many out. 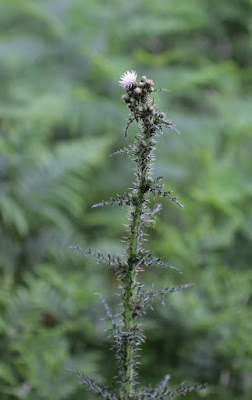 Marsh Thistles were abundant, however their name is misleading. They can be found in all types of habitat from wet to bone dry, acid to alkaline, but their tall unbranched stems are distinctive. Usually they have pink to purple flowers, but you can sometimes find all white variants like this one. 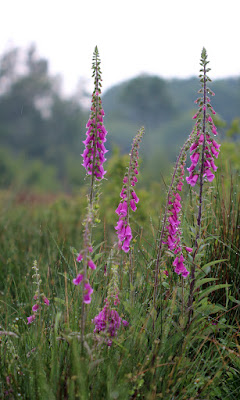 Foxgloves thrive on poor and acid soils and sure enough there were plenty to see. These are poisonous and used to be used in heart medications so please don't pick them then bite your nails! One of a numerous amount of species found in gardens and roadsides that are poisonous, but then, who eats them? 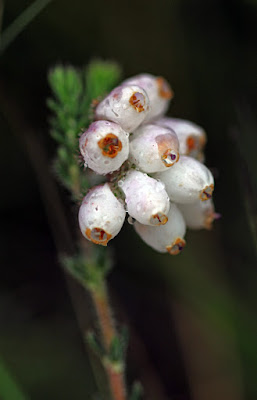 Cross-leaved Heath brightened up the wet grass areas. There are q few similar species but again, it's the leaves that are different. These have 4 leaves in whorls around the stem, whereas the closely related Bell Heather has just 3.
The flowers are usually a light pink, but I seem to have found another species with albino genes! 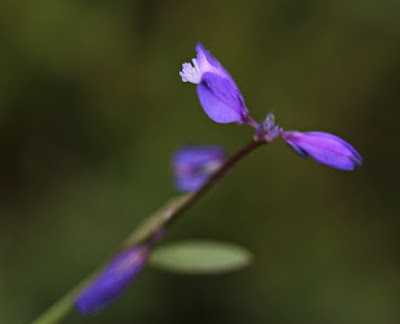 Another plant with small differences is Heath Milkwort, closely related to Common Milkwort but smaller with smaller flowers and lower leaves opposite. 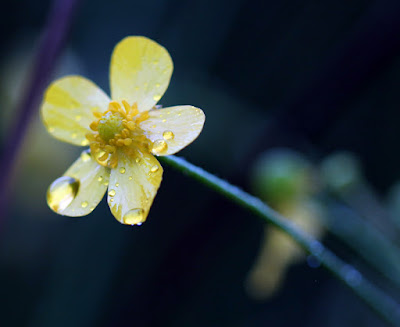 I then came to a stream which ran into a boggy area. Lesser Spearwort were numerous, closely related to buttercups they like very wet areas and have strap like linear leaves to help tell them apart. 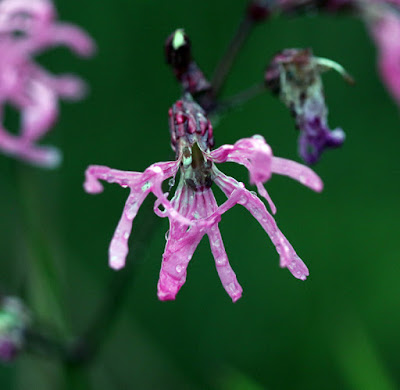 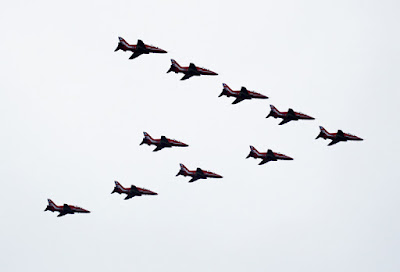 A roar overhead distracted me for a fly by of the Red Arrows, perhaps to honour the dedication I have to wildlife and botany? Or perhaps something to do with the Queen's birthday more likely. 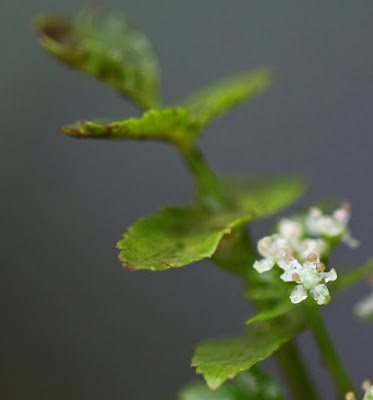 Growing on the stream edge was this Fool's Watercress, which is actually not a watercress but a Carrot family member. This was the best photo I could do in the rain leaning over the edge of a stream while sinking in a bog! 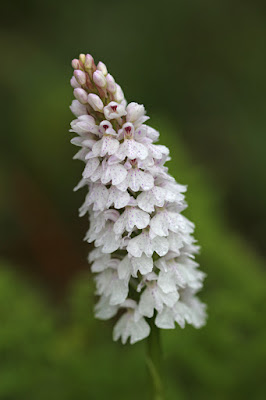 I then found several Heath Spotted Orchids, always a delight to see, especially as they are quite infrequent in Kent.

They look a bit similar to the Common Spotted Orchid but Heath has a narrow middle lobe on the lower lip with much wider side lobes, often frilled. Patterns are usually spots but can be loops, lines and dots - they are quite variable.

Where found with Common Spotted orchids they can hybridise with them making identification sometimes impossible. 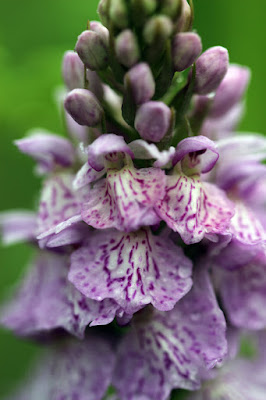 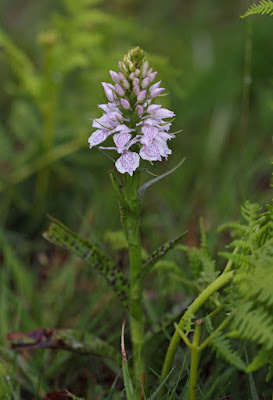 I'll visit again when I get the chance. There aren't many habitats like this left in Kent now, but the further West you travel, the more acidic environments there are to be found along with different species to those found on the chalk.