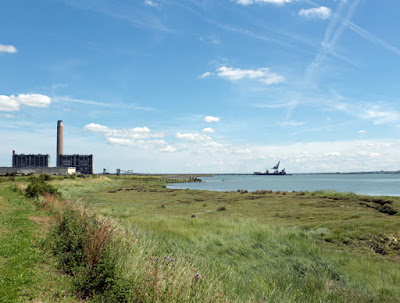 Hoo is a small town on the West bank of the tidal River Medway. As you can see from this photo, there are numerous areas with tidal saltmarsh, so I thought I would have a look around this type of habitat for a change from the usual chalk grassland species.


The silver grey looking plant in the centre of the photo is Sea Wormwood, a species on the Kent Rare Plant Register (RPR), mainly because saltmarsh habitats are being lost due to sea defences and development. They're not flowering yet though. 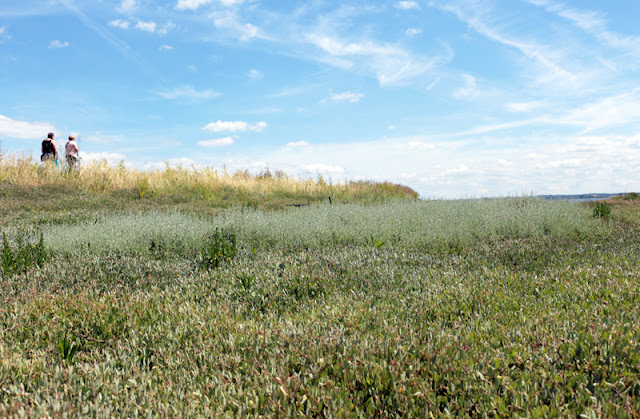 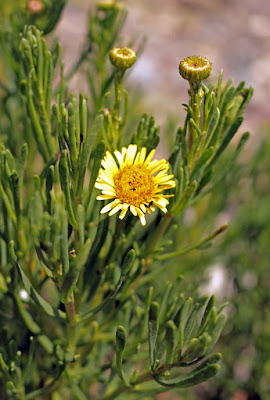 I was at least 2 weeks too early to see most plants of the saltmarsh at their best, but the first Golden Samphire was coming into bloom, another Kent RPR species.

They are quite common along the Thames and Medway estuary but seem absent entirely elsewhere in the county and in much of East Sussex.

This area was littered with the old wrecks of boats. Once upon a time someone no doubt took out a loan to buy this I would imagine! 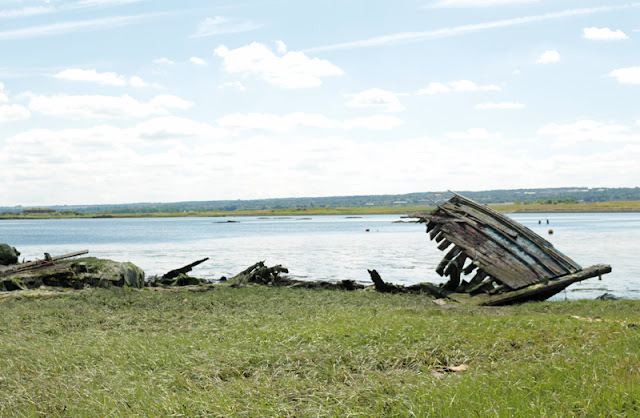 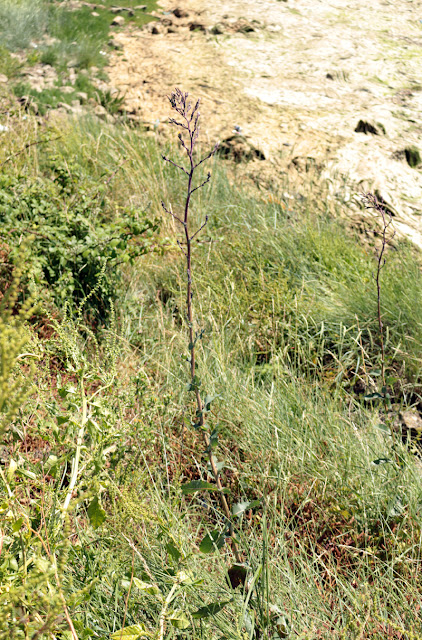 This was a very tall plant, around 2m tall and with its purple stems and purple streaks on the leaves there was no mistaking this as Great Lettuce.


The flowers are by contrast, very small and look muck like a small Dandelion or Nipplewort type of flower. 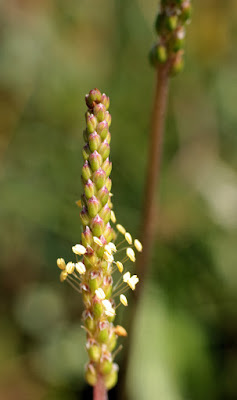 Another typical plant of the saltmarsh was this Sea Plantain. It often grows on the high tide line and has strap like lanceolate fleshy leaves, quite unlike the other Plantains. It is also the only species of Plantain that tolerates saltwater. 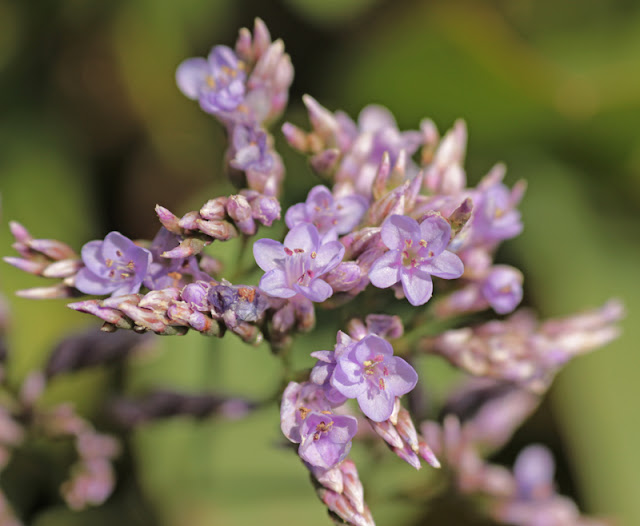 Common Sea-lavender was just coming into bloom in large numbers. In a couple of weeks the whole area will be turned purple with their lovely flowers.
There are a few species of Sea-lavenders but this is the only one found in Kent. 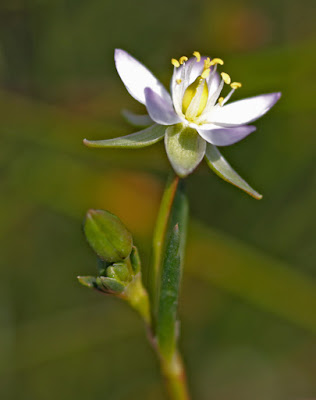 The final flowering plant of the marsh were hundreds of these tiny Lesser Sea-Spurries, a mat forming plant with strap shaped fleshy leaves.
The petals usually have a pink tinge to them and there are 3-7 stamens, somtimes a few more. importantly the petals are shorter than the sepals. All these things tell it apart from from the Greater Sea Spurrey. 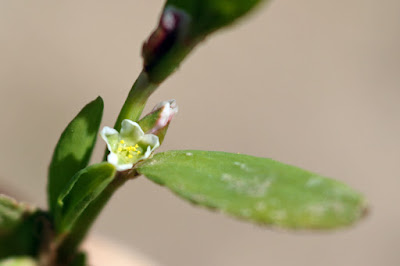 I also noticed some plants on or behind the sea wall. The worn dirt path had numerous Knotgrasses growing around it. These have tiny flowers in the leaf axils and are common in waste areas and field edges. 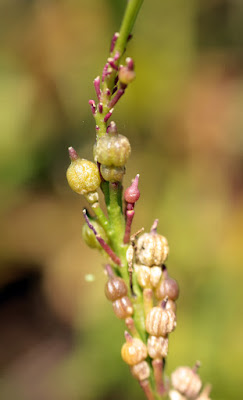 The final plant of note was this Bastard Cabbage, an odd name really! There were some flowers but they looked like all the other Cabbage family plants, with 4 yellow petals  in a crucifer arrangement.

Seedpods are a very useful way to firmly identify this family where all the flowers look very similar. Each species has different seed shapes, rough or smooth or with bristles, beaked or not and so on. This one has a very distinctive shaped seed that no other has making it easy to identify, but only when in seed! 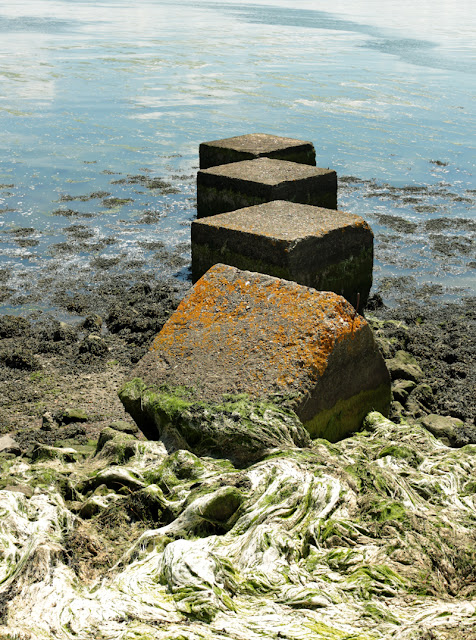 Even if flowers aren't your thing, there is plenty to see on a tidal waterway beach, such as butterflies, bees, hoverflies, then birds and small animals as well.

Add in to that any history and it's always an interesting place to be.

I'm wondering if these huge concrete blocks are the remains of tank traps put down to prevent an enemy landing in World War II.