Two years ago I found a new site for Musk Orchids not far from Holly Hill, West of Snodland, but I had heard of a place nearby where I might find more. Musk Orchids are simply a very small pale green spike with tiny green flowers on it that blend into the surrounding grasses. It also flowers at the same time as everything else that puts up a spike, such as Common Centaury, various St John's Worts, Yellow-wort and so on. This makes it extremely difficult to spot them except in the shortest of grasses. The only good news is that they prefer short turf! 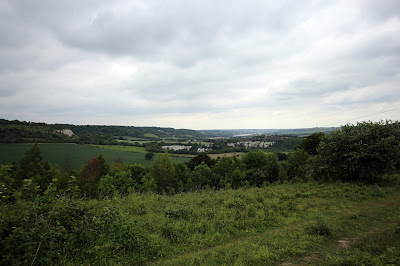 There were large areas of open grassland on the steep scarp slopes of the North Downs here to explore and the tiny Musk Orchids could be anywhere here.

I'd looked in the area the previous 2 years and failed to find any except those mentioned above. Of course, I could always go East to Park Gate Down KWT reserve near Elham to see them, but what's the fun in that once you've seen them? 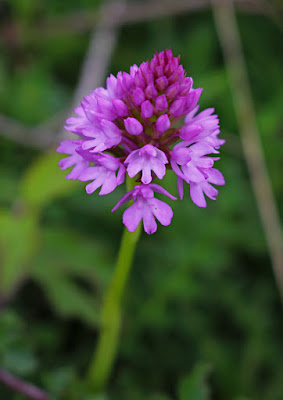 Very obvious from the start were numerous Pyramidal Orchids, their bright shades of pink flowers positively glowing all over the place.


You can find these commonly on road verges that aren't mowed too often. They are a common sight by the A2 near Gravesend and on the verges around Bluewater shopping centre. 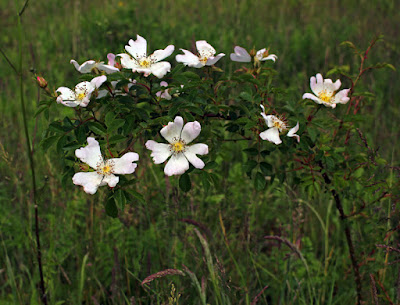 Dog Roses were floweringand they are very attractive, though it does hurt if you catch your skin ona thorn! There's several species of wild roses, but I'm not there on identifying each one yet. 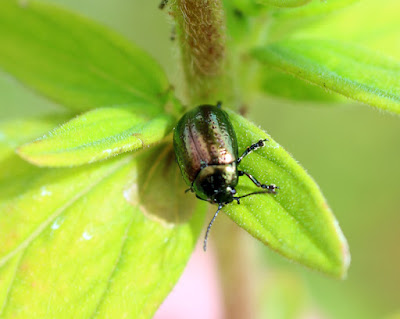 It was a bright but cloudy day and not many butterflies were on the wing. As I walked, Meadow Browns flew off in their fluttering zig zag manner.

I did notice this beetle on a St John's Wort but I don't know what species it is. I no longer have time to look up all the insects I see. 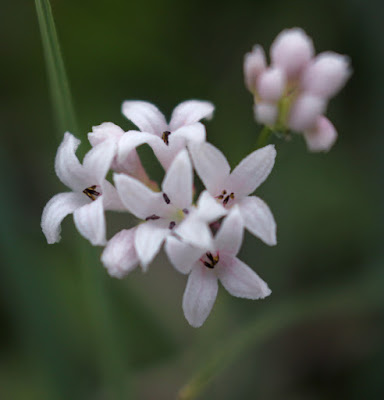 There were tiny flowers in the short turf areas, such as Fairy Flax and this lovely named Squinancywort. They have different length strap like thin leaves in a whorl and a hint of pink in the flowers. The petals form a tube with reflexed ends, quite unlike bedstraws. 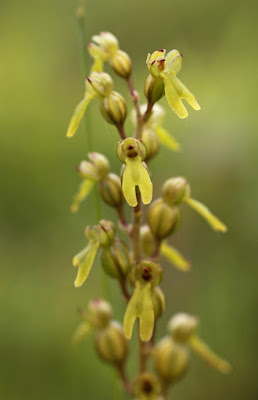 I then came across another wild orchid, the Common Twayblade. It's quite dull compared to its showy relatives, but when you find them it's a good sign that other orchids are to be found.
In areas where Frog Orchids are found they can look a bit similar, however, the Common Twayblade always has 2 large oval pointed ended leaves at or near its base, whereas the Frog has sheathing, long stem leaves. 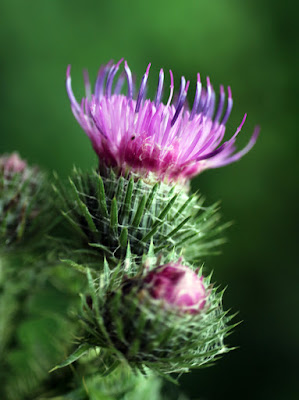 I photograph the ordinary, everyday flowers as well. I see a beauty in them that most don't. Thistles are a good example, but each species looks very different to me now, whereas when I started this hobby 3 years ago, they all looked the same!

This is a Spear Thistle with vicious sharp spines on its leaves. They can grow quite tall and bushy or be just a foot tall, depending on soil conditions. 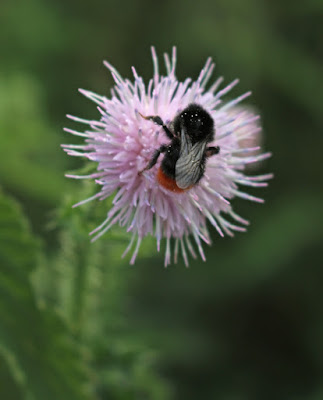 Bees like them too!
This Buff tailed bumblebee is on a Creeping Thistle flower, probably, the most common thistle around these parts. 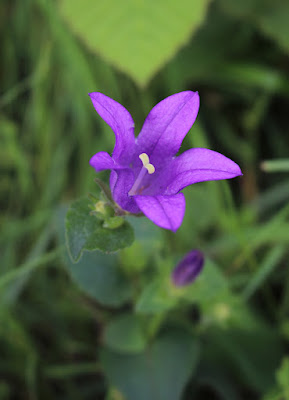 I was getting a bit tired now. The hillsides were very steep and I was up and down them like a mountain goat, constantly squatting down to get my eye level down to that of a Musk Orchid!

While doing just that I spotted 2 very tiny deep purple flowers in the grass. I was a bit baffled at first, but later realised they were Clustered Bellflowers, a rare native plant in Kent. In a few weeks they should have several flowers at the top of the stem and be over a foot tall. 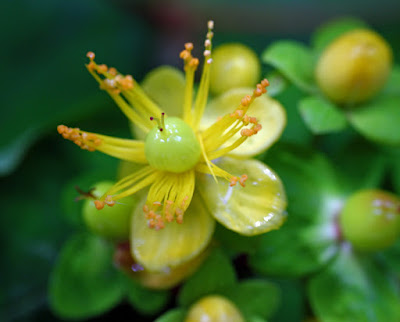 I then went through a small bit of woodland where the flora changed. I found a large bushy Tutsan in flower, a native St. John's wort family member that grows on chalk under shade. It's often planted as a shrub by councils and gardeners as well.
The flowers turn into deep red berries that continue to look good long after flowering has finished. 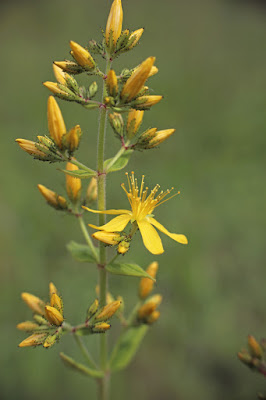 Along the woodland edge were numerous St John's Worts, mostly Perforate, but this one looked different and under the eye glass and by touch, I could tell it was a Hairy St. John's Wort.
They are quite common but are usually out-numbered by the Perforates by 100 to 1. 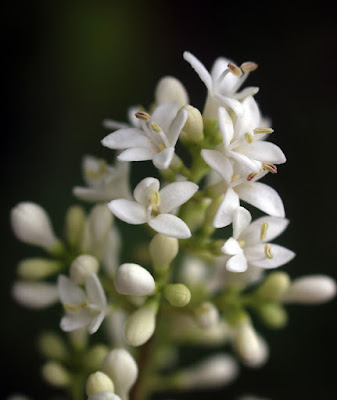 Long triangular spikes of Wild Privet flowers lined the wooded edge onto the chalk grassland. They smell nice as well as look nice. There is a garden variety with much bigger leaves and flower spikes, but I rarely see it in the wild. 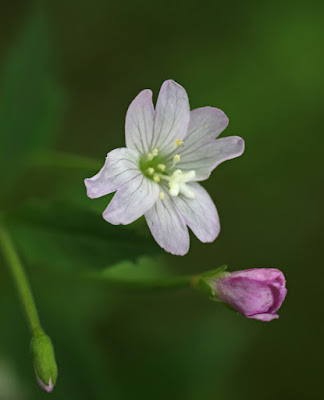 This flower belongs to a pesky garden and pavement weed called Broad-leaved Willowherb. They can be notoriously difficult to identify as there are several species closely related and what's more they freely hybridise!
However, this one ticked all the boxes for this particular species. 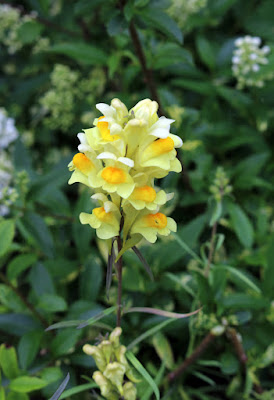 This is the first decent showing of Common Toadflax I've seen this year, where all flowers are open. They are like the wild version of the garden Snapdragons or rabbit ears as I used to call them when a child. 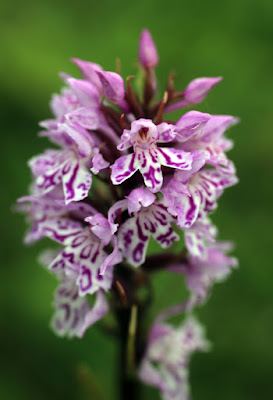 Anyway, back onto the short grassy areas looking for those Musk Orchids. I had already covered more than a mile with no luck. I knew they would be in flower as known colonies in other parts of the South and South East were in full flower now.

These were easy to spot orchids, a smattering of Common Spotted Orchids dotted about in the grasses. The markings vary so much from plant to plant that I don't get tired of looking at them. They also hybridise with other orchids and sometimes you need to carefully look at the plants to identify these hybrids. 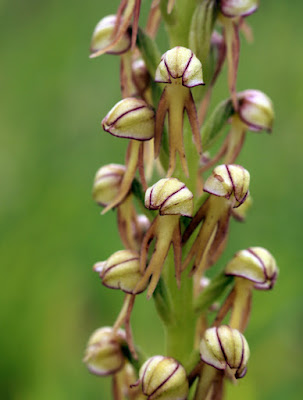 Nearby were a few rare Man Orchids, always great to see and even better to find! It's obvious how these got their common name. They are a long spike of small flowers, all shaped like men, complete with arms, legs and a head! 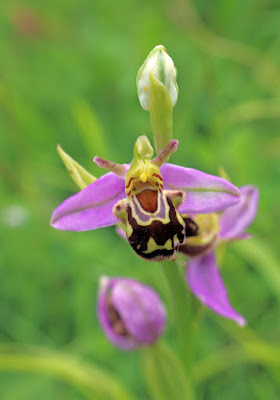 On one of my crouching down low poses I spotted a small Bee Orchid. It's amazing how a vividly marked flower can be so easily missed. The bigger ones are easy to see, but most are about 6" or so tall. If you are lucky enough to find one, be very careful where you tread, as suddenly you often notice several more nearby.


I then left this area and went higher up the slopes huffing and puffing, sweating and attracting horse flies! 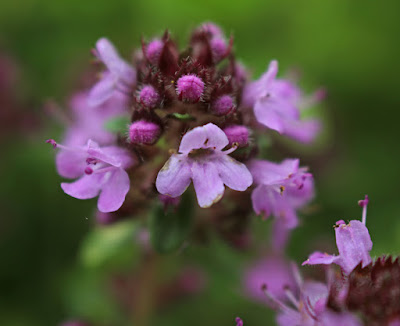 At the top I came to some quite rough grassland with many areas of dense shrub, such as Hawthorns and brambles. However, they didn't dominate and between them there were open areas, suitable habitats for my quarry. 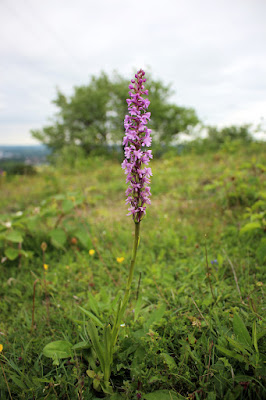 There were a lot more Common Spotted Orchids here as well and just a few Chalk Fragrant Orchids, this was the biggest of them, with a heavenly scent. 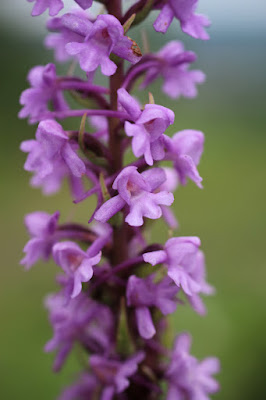 Here's a close up of the flowers. They generally have 3 equal lobes on the bottom lip with a bump close to the centre. The side petals are at around 30 degrees or so and they have a wonderful scent like no other UK wild orchid (except the closely related Heath and Marsh Fragrant Orchids) 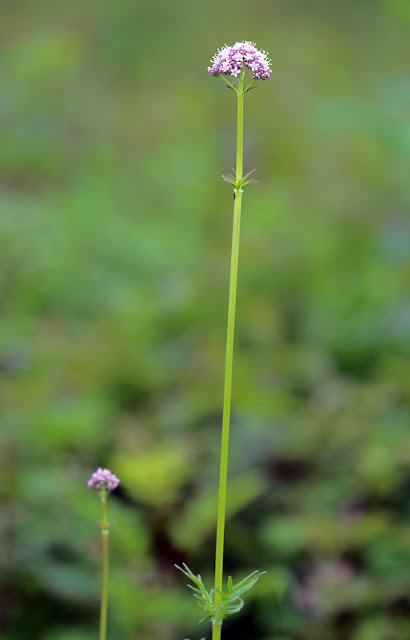 I then couldn't fail to spot these 3' tall plants with pink/white flower clusters at their tips.

I had seen these only once before and that was on a chalk slope in West Sussex, so I was very pleased to find another rarity, the Common Valerian.


There were around 30 flowering plants in a small area, great to see. 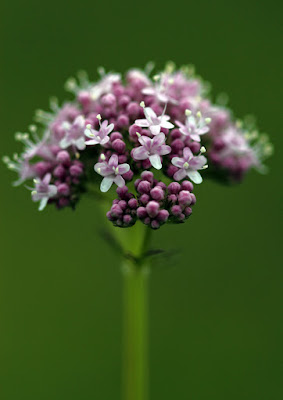 Here's a close up of the flowers.

I was getting quite tired now and was about to give up my search, so I sat down for a rest before heading for home and there nearby was my quarry, the humble Musk Orchid!

It's incredible how often this seems to happen to me. I've never found the target species straight off, but seem to find it at the last minute instead. 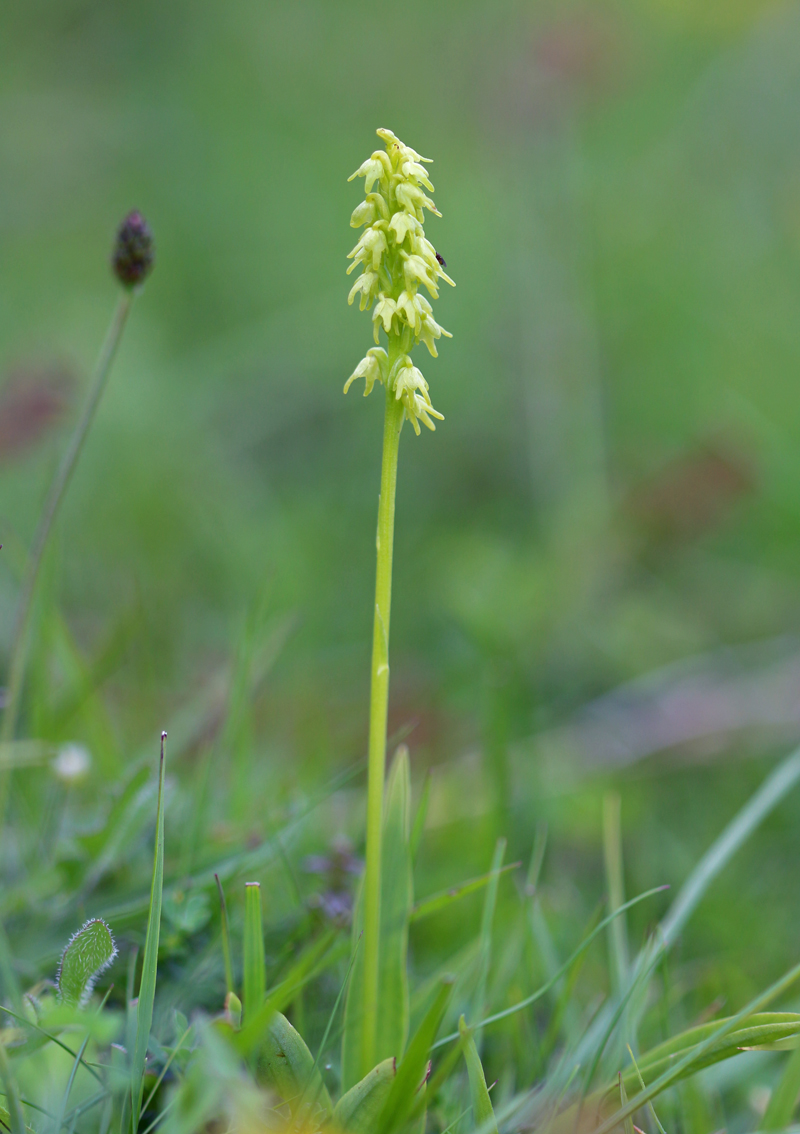 This one was a giant, a whole 6" tall. After photographing this and cutting my elbows and arms on old bits of Hawthorn twigs in the turf, I scanned the surrounding area and found all in all, around 30 Musk Orchids. Amazing! 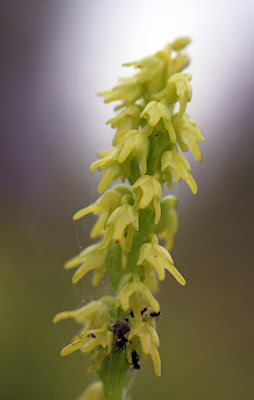 I was very very low to the ground to get this shot. It looks like it's got Blackfly, but it was in fact a small spider with a meal to its lower right all wrapped up in silk and the remains of a previous dinner scattered nearby.

It goes without saying these are also on the Rare Plant Register for Kent. 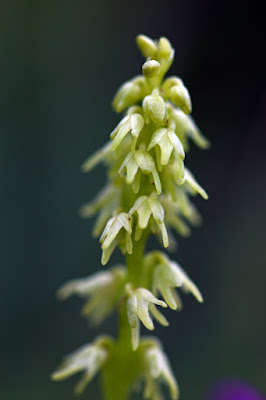 So, after taking a little time to breathe it all in and cement a firm memory for the cold Winter months ahead, I set off for home.

Not only did I find the Musk Orchid, but I found an array of stunning chalk loving plants and several wild orchid species. All in all a great field trip, planned from an OS map.

Why not look near where you live and seek out likely places for something rare or unusual in your area? Tweet your finds to me @Barbus59 I'd love to see them.