- May 18, 2016
I've been to this reserve many times, first to see Lady Orchids, then to appreciate fantastic Bluebell and Early Purple Orchid displays amongst other wildflowers of course. 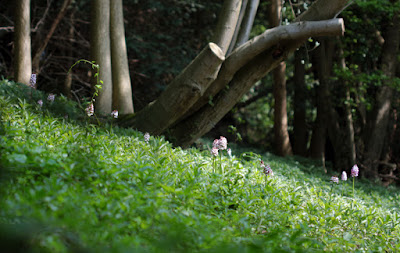 There's a narrow trip on the reserve's Southern edge that holds the best concentration of orchids. 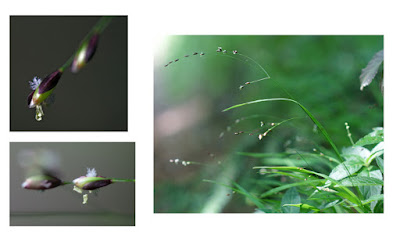 First up was actually a grass, the Wood Melick. It's an attractive grass in flower and seed and often present in chalk soil woodlands. 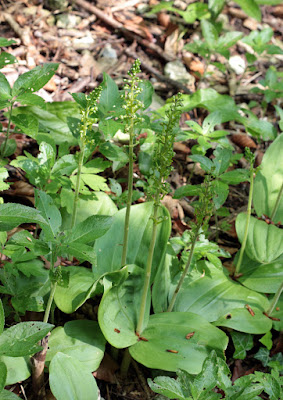 Common Twayblades were common here with their distinctive pair of large oval basal leaves. They are a bit of a dull wild orchid, but they are a good indicator species that other orchids may grow here. 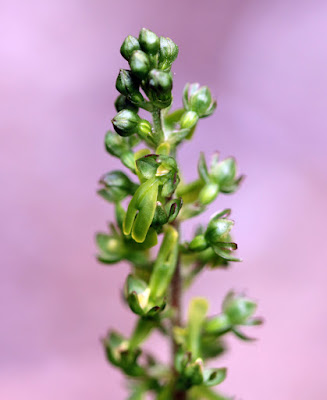 The flowers remind me of a two legged lizard with cheeks flared! 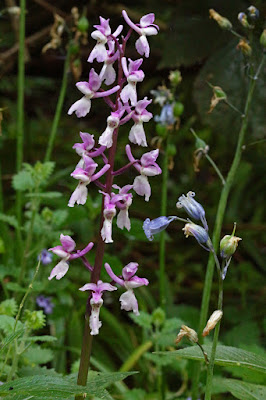 Early Purple Orchids were still going strong, though some were on their way out now being one of the first UK orchids to flower. Here's the usual colour form with a late Bluebell 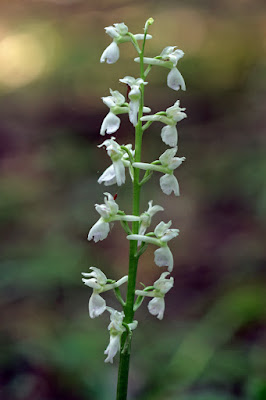 My partner then found me a white version, always a delight to see, especially here as a previously known white flowered orchid was dug up and stolen a couple of years ago. 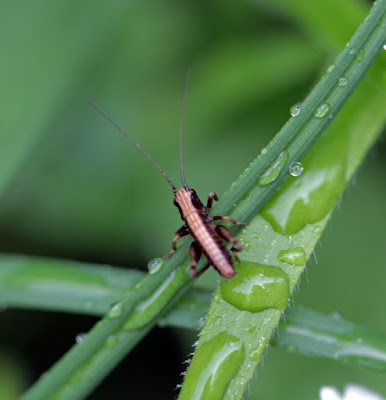 There were of course, other things to see!

This is a nymph of the Dark Bush Cricket, very tiny at the moment, but it will become a large locust like brown cricket when adult. 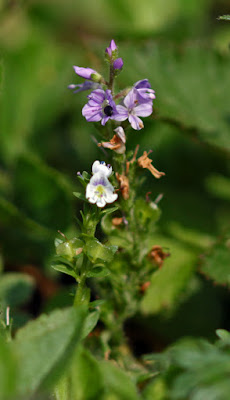 This is Heath Speedwell, a rapidly declining species in Kent, probably due to habitat loss. It has flowers in a raceme or spike from a central rosette and is unlike other native  Speedwells. 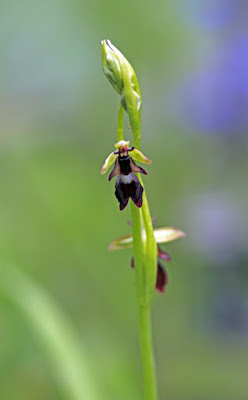 There were several Fly Orchids that are actually quite difficult to see being so slender and mostly about 8" tall! The trick is to get down on your knees and look around, then they stand out more. There should have been a budding Lesser Butterfly Orchid here as wel, but I couldn't find it, despite seeing it 2 weeks before as a rosette. I hope it hasn't been picked or dug up! 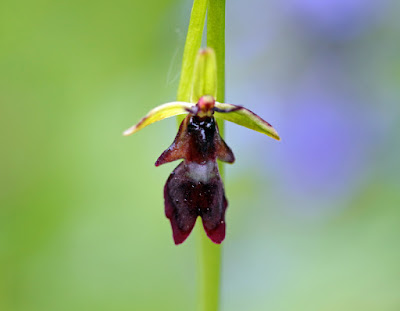 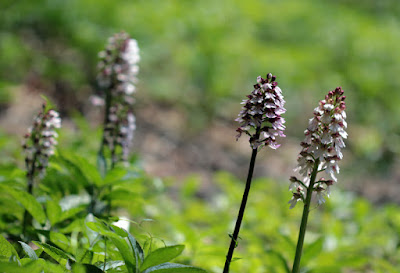 As the path rounded a tree many Lady Orchids came into view. These are always a delight to see being one of the tallest wild orchids in Kent. I've seen one in the past almost waist high! 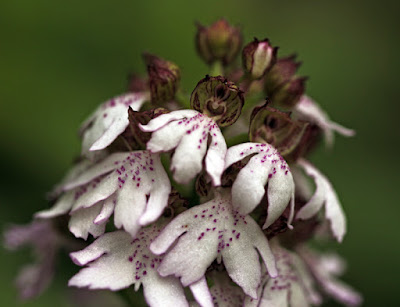 This one os quite unusual in that the "arms" of the Lady flower are much thicker than usual. Can you see the little face as well? 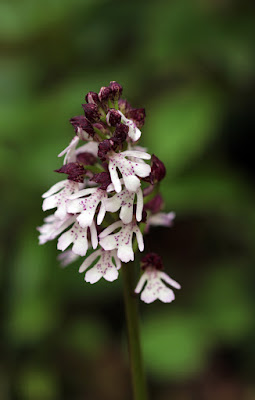 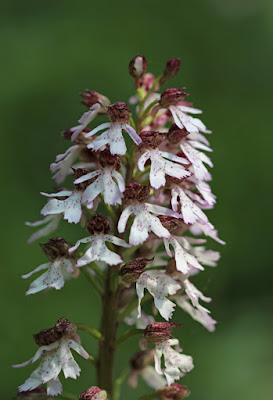 You often find these pale variants, almost pink rather than purple. They're not a recognised variant but they really do stand out from the usual form.


That was it for this short trip, but it's a lovely reserve with some beautiful flowers. 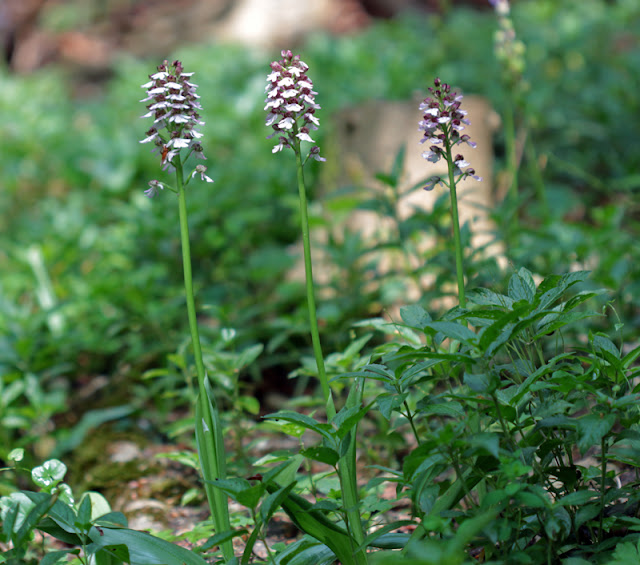