- May 09, 2016
It was a nice warm day so with just over an hour to spare I thought I would explore a public footpath not far from home. I'd passed it many times in the car and knew it went straight up a hill into woodland but little else. 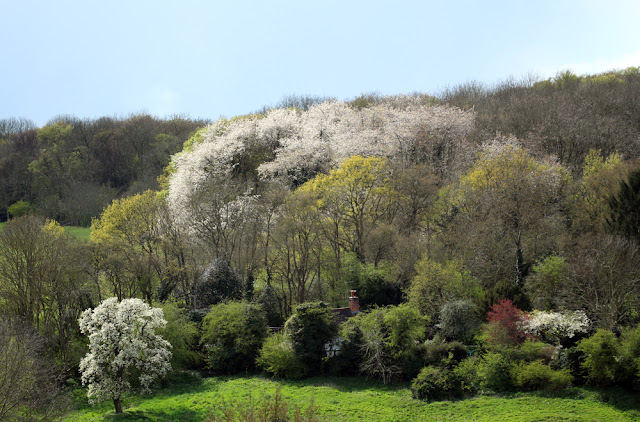 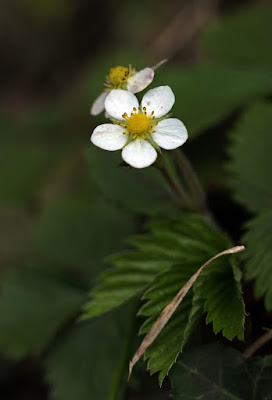 As I walked up I spotted Wild Strawberries. These are becoming rare now and I record where I see them.

The glossy, pointed leaves are the best way to differentiate them from Barren Strawberries. 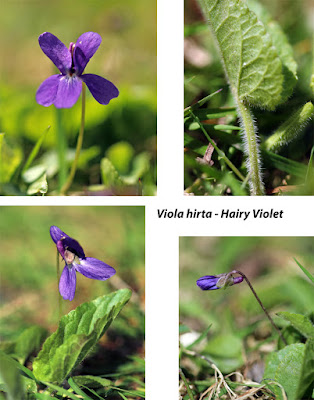 The path entered a field where grazing occurs but hadn't for a while. I found a patch of these hard to find Hairy Violets. They are the only Violet obviously hairy and usually grow on chalk such as found in much of North Kent. 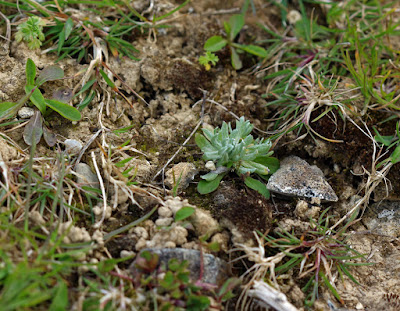 There were all sorts of tiny plants of interest here, but none flowering yet. My eye was caught by this small hairy rosette.

It's a Common Cudweed, which is far from common and on the Kent Rare Plant Register.

I will return later hopefully to catch it in flower. 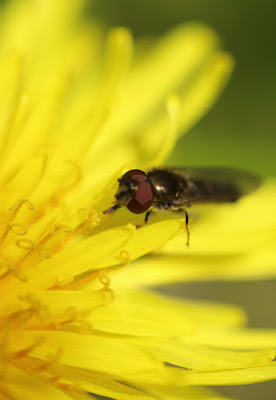 Dandelions are a valuable nectar source for butterflies, bees and this very small, nearly black Hoverfly. Unfortunately I couldn't get a photo of its body to identify it for sure. 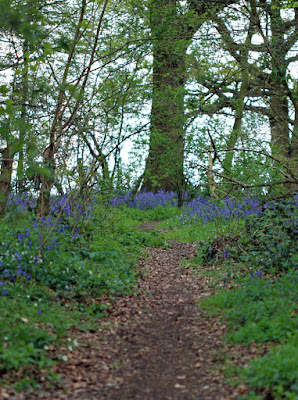 I then entered the woodland which is a remnant of ancient woodland as many ancient woodland indicator species were present, such as carpets of Bluebells, Wood Anemones, Moschatel and many more.
Native Bluebells en masse give off a lovely heady scent, unlike many of the hybrids and Spanish Bluebells now in our woods as garden escapes. 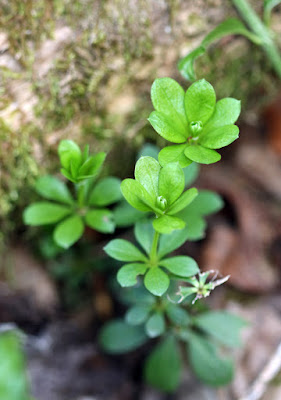 I found another indicator species, this is Woodruff, a member of the Bedstraw family.

Soon it will have highly scented small white flowers, always nice to see (and smell). 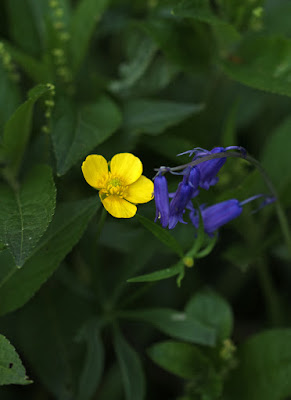 In amongst the Bluebells, deep in the wood I found a Buttercup which seemed very strange. I first thought it was a Meadow Buttercup, but since found out it's a Goldilocks Buttercup that usually grows in woods.
It's rare to find one with all the petals intact, they are invariably found with at least one petal missing, which is usually how I find and identify them! 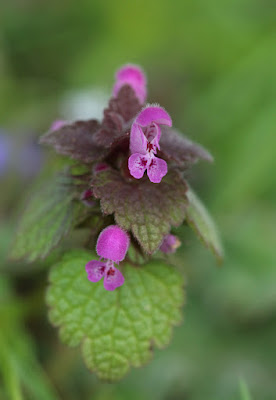 On the woodland edge was a patch of tiny Red Dead-Nettles. These really are a pretty plant with red tinged top leaves and intricate pink spotted flowers. Being common they are often overlooked as "just another Red Dead-Nettle"!


I found several Yellow Archangels which are in the same family as the Red Dead-Nettle above. After taking several photos with a bland background, I stumbled across one framed by Bluebells. I really like this photo. 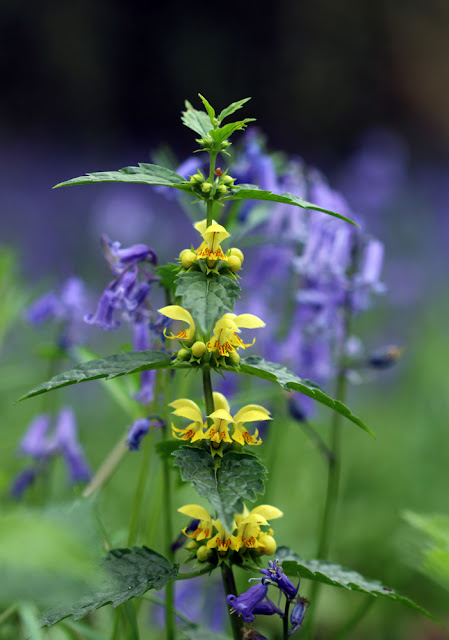 Botanically that was it for the day. Before going off to work, I let our old codger of a cat out in the garden. She's an indoor 22 year old cat and likes a treat of sitting in the sun sometimes. 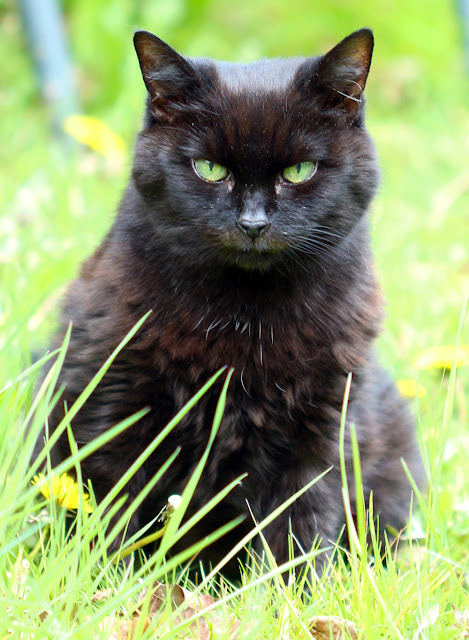 Spring is exploding in the countryside now, get out and have a look before it all dries up in the hot, dry heat of Summer.