- May 25, 2016
I have passed this interchange many times and often thought it looked good for a spot of botany. Well today I had a look around. It's not a motorway so you are allowed to walk the verges of the slip roads but obviously take care! I have a reflective jacket for such occassions.
There were masses of wildflower and insects, here's some of what I found and photographed. 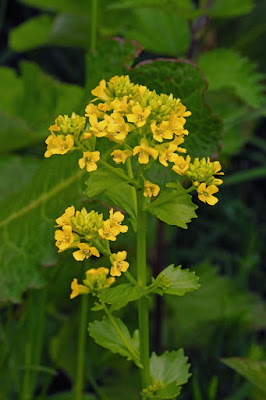 First stop was a layby on the North of the interchange where I found this Wintercress. Unlike many other yellow crucifers, these aren't recent crop relicts. 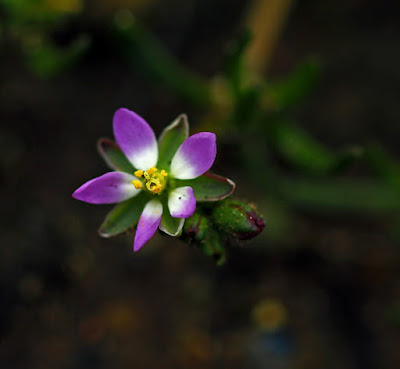 Then across the road to the central reservation of the road outside of Sainsbury's.

Here I found a surprise Lesser Sea-Spurrey. This is a coastal salt marsh plant, but is spreading inland thanks to us salting the roads every  Winter. 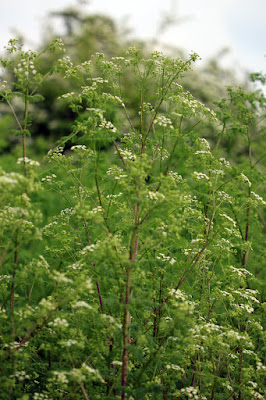 Hemlock had grown very tall in a short space of time. It's quite poisonous but I think more attractive than the superficially similar Cow Parsley. Hemlock always has purple blotched stems, best not pick it then! 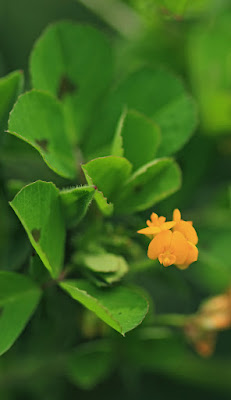 From here I went to the interchange itself where common plants were found such as Spotted Medic. It's often in lawns as well. 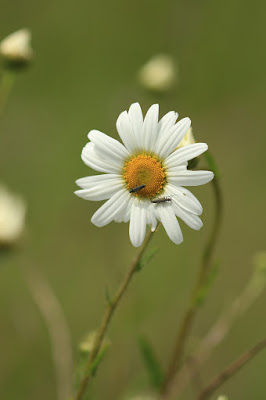 Ox-eye Daisies are coming out in good numbers now. 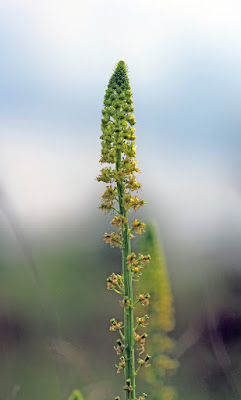 Some quite tall Wild Mignonette was flowering, with untidy yellow looking flowers. 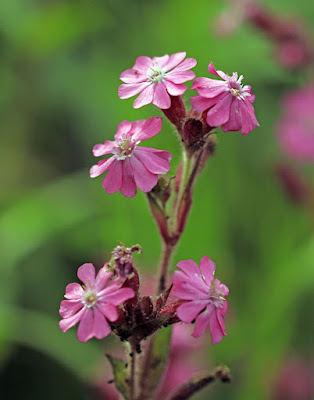 All three of the commonest Campions were present. 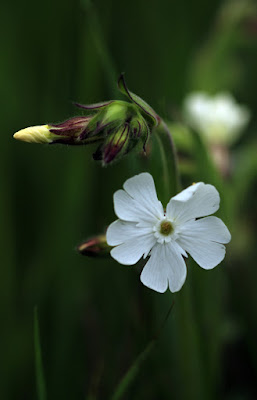 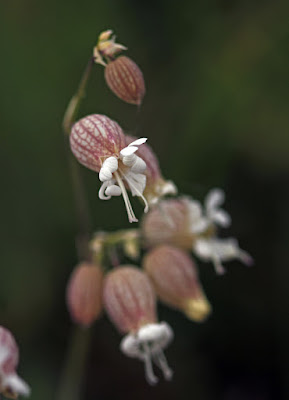 It's hard to imagine why I used to get confused between the last two when I started botany, they are quite different! 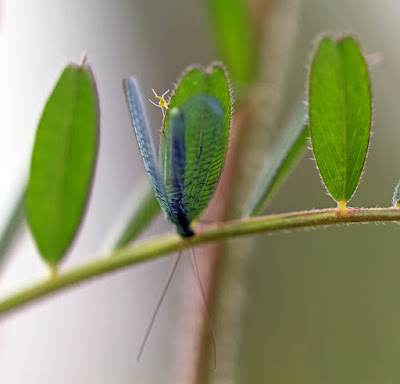 On some Common Vetch I found a Blue Lacewing which was a first. I thought they were all green! 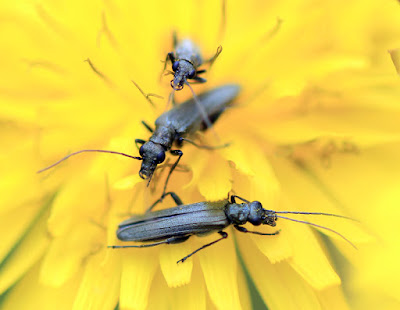 The shallow depth of field on this photo gives the impression of these beetles coming through a wormhole, or is it just me! 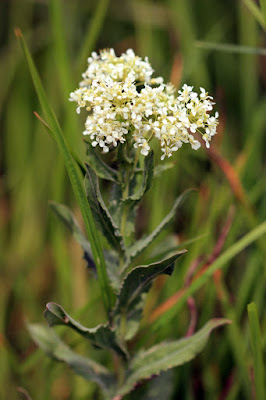 Hoary Cress were abundant as they are everywhere now. Not a terribly attractive plant but when in large numbers they do look good. 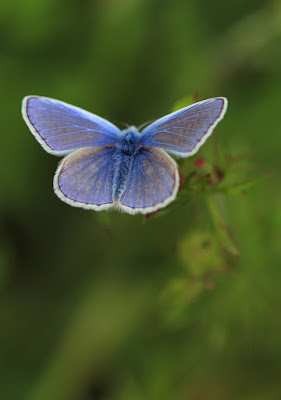 I was delighted to see several Common Blue butterflies about. The males are blue like this, whereas the females are mainly a dull brown. I did see a female but it didn't want to pose. 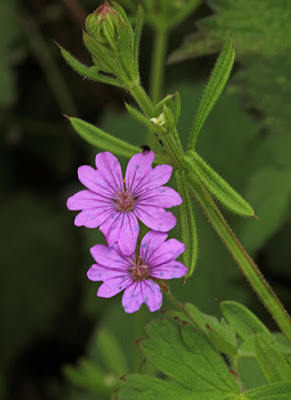 I saw Cut-leaved, Dovesfoot, Round-leaved and this Hedgerow Cranesbill here. 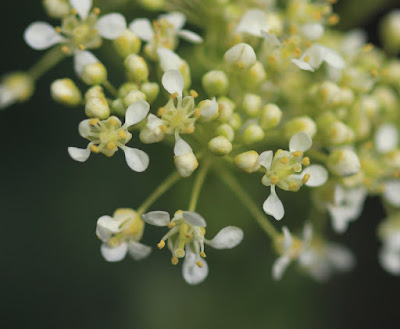 Back from the road an Elder bush was in flower. 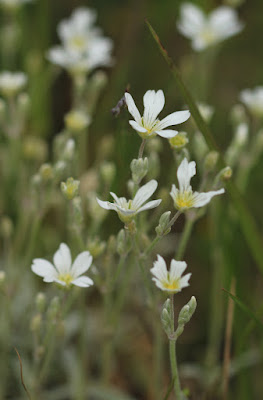 Somehow, Snow-in-Summer flowers had escaped onto the verge. These are good at naturalising into the wild and several places have large drifts of them. They look similar to Field Mouse-ear but the latter doesn't have silvery looking foliage. 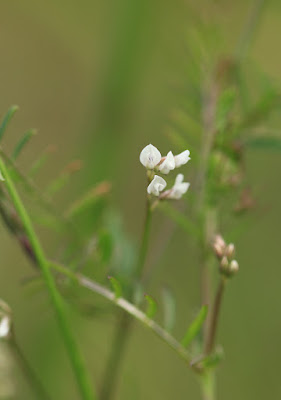 Here are the teeny weeny flowers of the Hairy Tare which isn't hairy by the way, but perhaps it's seed pods are?

Each flower is about 2mm long, but luckily the plants are quite sprawling and you get to see the tiny white specks of their flowers standing out from the green leaves. 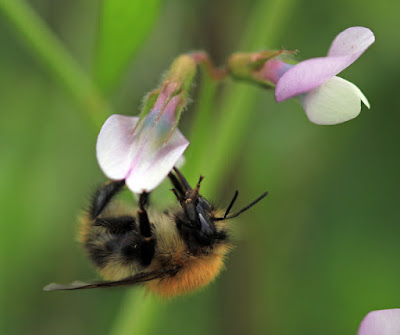 I then found a plant I didn't recognise, a Vetch type plant. I focussed and was about to press the shutter when this bee photobombed my shot.
I'm not complaining, it's a lovely photo. 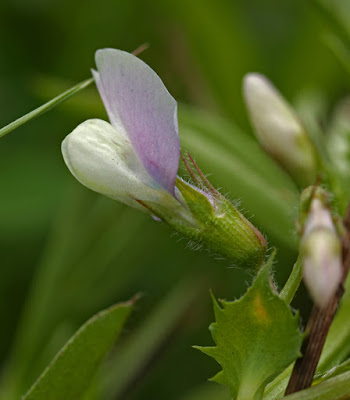 The flower was actually a Bithynian Vetch, a rarity in Kent and not found in this location before (though it has been found nearby in 2015).

The leaves are large and bristle tipped and the bracts (lower right of photo) are very large and jagged, a distinctive identifying feature.

That was about it. I was only there about 20 minutes but there was a lot to see. Roads aren't fertilised and are rarely sprayed, so providing the mowing isn't too often you can get some great finds there. 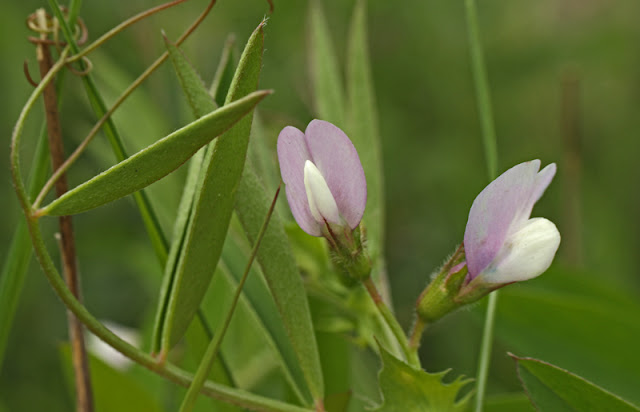