- May 31, 2016
I didn't have a lot of time to explore this area which was a shame. It's a lovely part of the countryside bordering East Sussex and the reason I travelled here this day was to see Marsh Orchids. 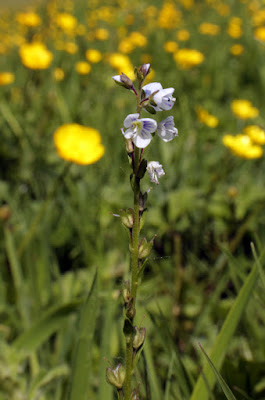 As we walked through a meadow there were patches of Thyme-leaved Sandworts in among the Buttercups.

Being small and thin, they are very difficult to photograph in the field. In addition the petals are a reflective white and easily bleach out. One day I might get a perfect photo! 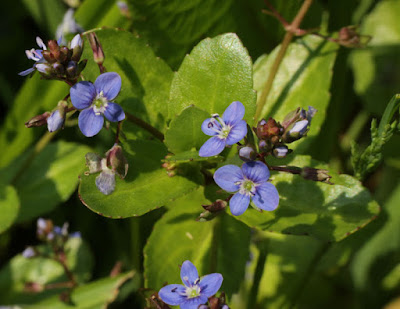 We then came to where the orchids should be. It was quite boggy, or should I say Fenny! I'm told bogs are on acidic soils and fens are on alkaline soils such as here.

There were numerous Brooklime flowering in the rushes of the fen 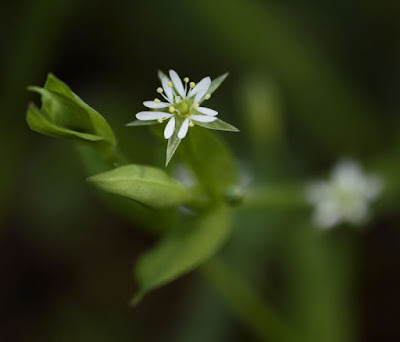 Dotted here and there were Bog Stitchwort (suppose it should be renamed Fen Stitchwort?) with its sharply pointed sepals longer than the petals. 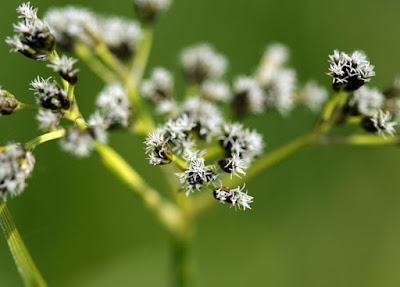 I then found many of these beautiful rushes that I hadn't seen before. In dense stands, they looked like white petals of flowers, like a Parsley. It's a Wood Club Rush. 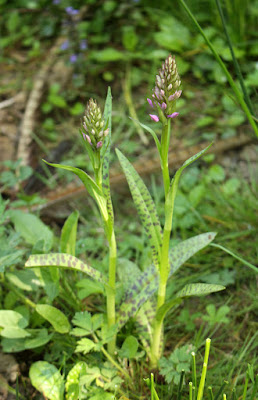 These aren't Marsh Orchids, but welcome all the same, Common Spotted Orchids, just a tiny bit too early for the flowers. 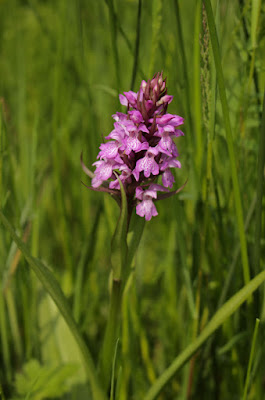 Then dotted in the grasses and rushes were many Southern Marsh Orchids, always a delight to see. I lost count at around 100 or so with many more coming up in bud. 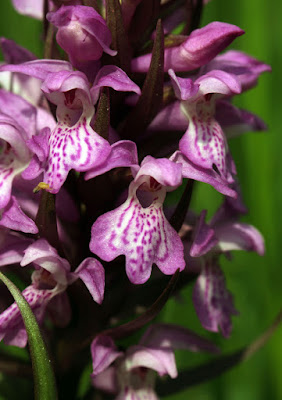 The lower lobe is split into three with a dotted pattern around them and a strong raised ridge along the centre. Sometimes the dots are absent or partly joined up. 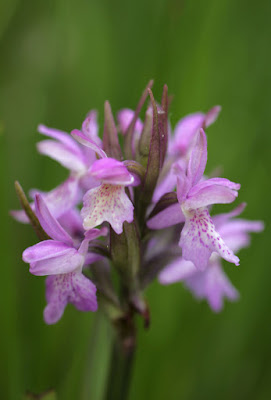 As ever, I looked for different colour forms and hybrids, but this was the only variant I could find, a lovely pale pink, almost white version of the Southern Marsh Orchid.

Early Marsh Orchids are also found here but none were up yet. Maybe some of the budding orchids I saw were those. It would be nice to return and explore more in a couple of weeks, but I doubt I'll have time. 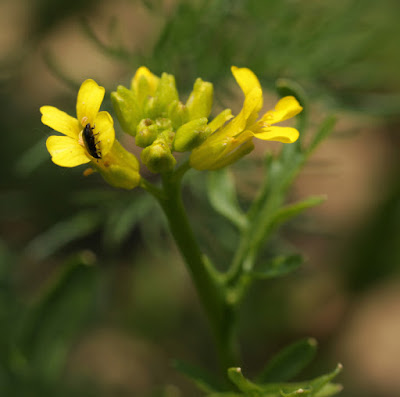 On the way home we stopped off at Fordcombe and Ashurst on the River Medway.

Here I found some Medium-flowered Wintercress. To identify these you need to look closely at the stem leaves and basal leaves. The main differences are the upper stem leaves though. 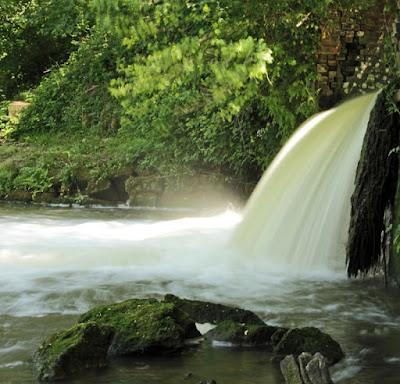 Ashurst weir on the River Medway just into East Sussex.

That was it, a short trip, but a lovely morning nonetheless.