- May 15, 2016
I wanted to find the uncommon Marsh Valerian at this Kent Wildlife Trust reserve, however I didn't know where to look, so a tour of the whole reserve looked likely. It was a red hot sunny day, so conditions weren't good for photographs.
When I parked I found a meadow full of Cuckooflowers, photos never do these sights justice, but it was really nice to see, with many Orange Tip butterflies on the flowers. 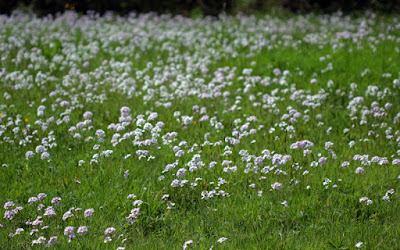 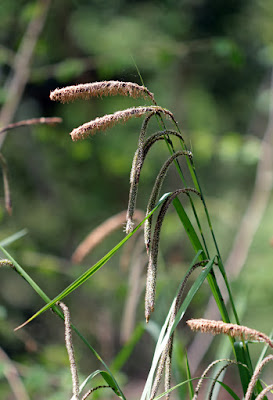 The soils on most of the site were acid which favoured sedges, rushes and this Pendulous Sedge, a tall easy to recognise plant. 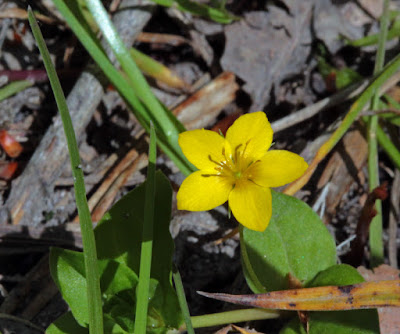 Numerous Yellow Pimpernels lined the path verges. The similar Creeping Jenny can be confused with this but it flowers later and its leaves are rounded. The Pimpernels' leaves are pointed. 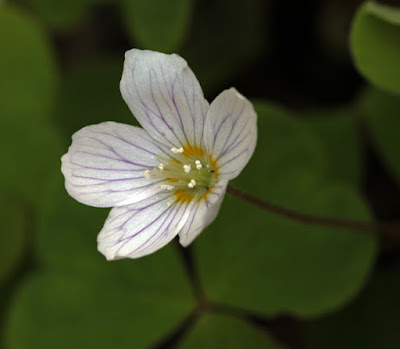 Patches of the delightful Wood Sorrel were dotted here and there. I like the lilac veins on the pure white of the petals.

I followed the Tudeley Brook figuring it would be damp and thus to the liking of Marsh Valerian. In the damp areas were plenty of ferns like this Polypody. 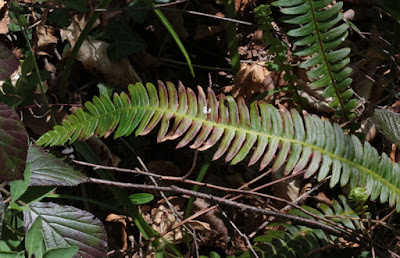 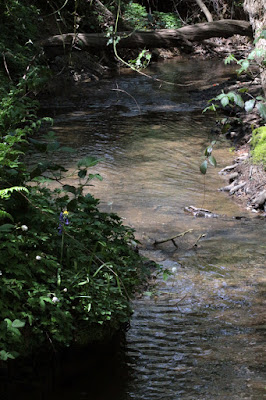 Here's the Tudeley Brook, a small stream running through the reserve. There were huge banks of Ramsons in the damp areas. I couldn't find the Marsh Valerian though! 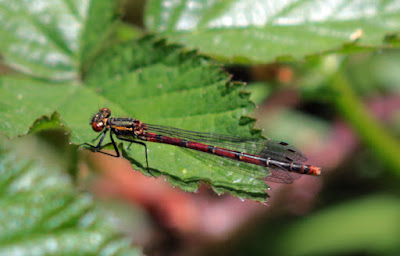 I believe this is a Small Red Damselfly, the first I've seen this Spring. 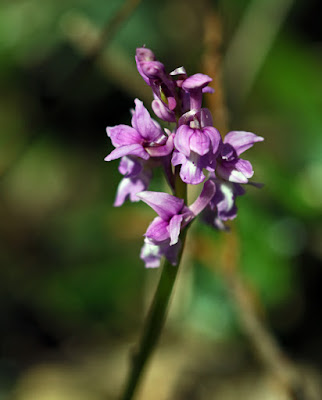 I guess some of the acidic soil had been washed away by the brook over many years as this Early Purple Orchid was one of about a dozen growing near the stream here. 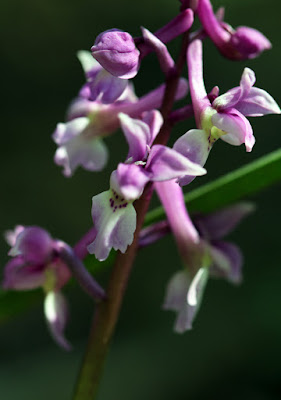 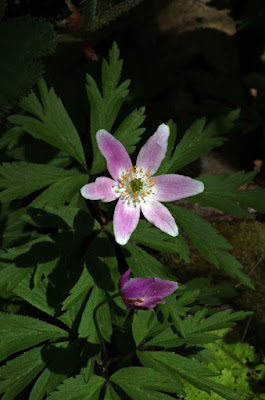 I found a whole patch of the pink form of Wood Anemone. The "petals" are actually coloured sepals, they don't have any petals at all! 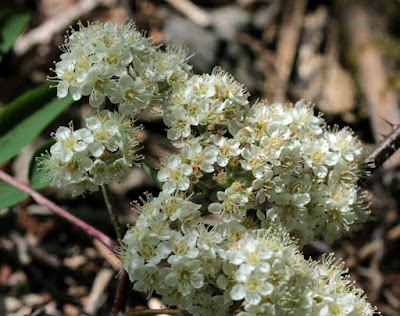 I then left the stream and headed uphill. Here's a Rowan tree in flower, easily recognisable by their paired lance like leaves below the flowerheads. 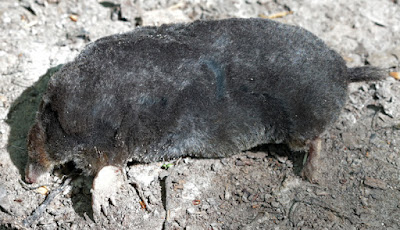 As I walked on I came across a dead Mole on the path. Such a shame, but it's all life and death out there!
I've included the photo as most people never get to see more than the nose and perhaps front feet of a mole. 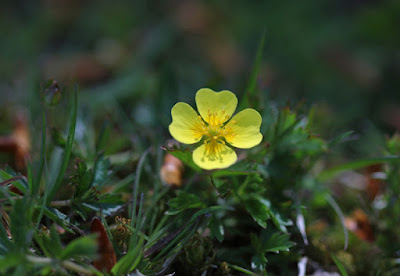 As the soil went back to acid, Tormentil  became common, their four yellow petals quite distinctive. 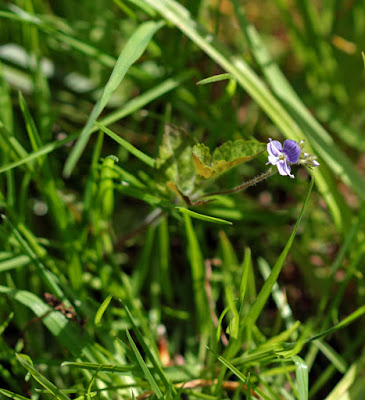 Wood Speedwell put in an appearance., with a paler flower than Germander Speedwell and with stems hairy all around. 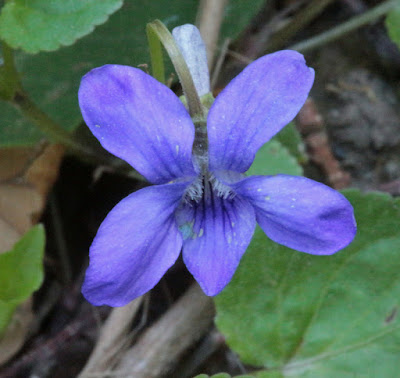 Heath Dog Violets were scattered about, with their blue flowers distinctive. 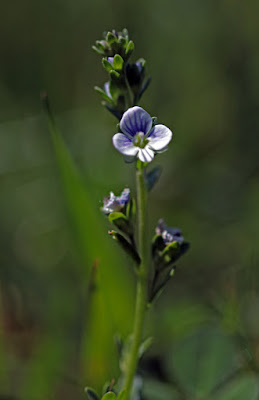 Another common plant here was Thyme-leaved Speedwell. These are erect little plants with strap shaped leaves, unlike most other speedwells. 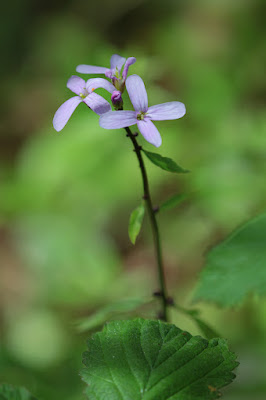 Being close to Tunbridge Wells, I decided to drive a short way to High Woods to check out the rare Coralroot. I had been there 2 weeks ago  but they were in bud with none open. In just 2 weeks they had opened and almost all gone over! 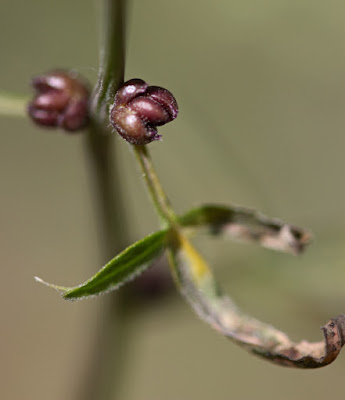 While they flower, they mostly reproduce by dropping bulbils. The slightly similar and related Cuckooflowers don't have these bulbils and also the leaves are quite different. 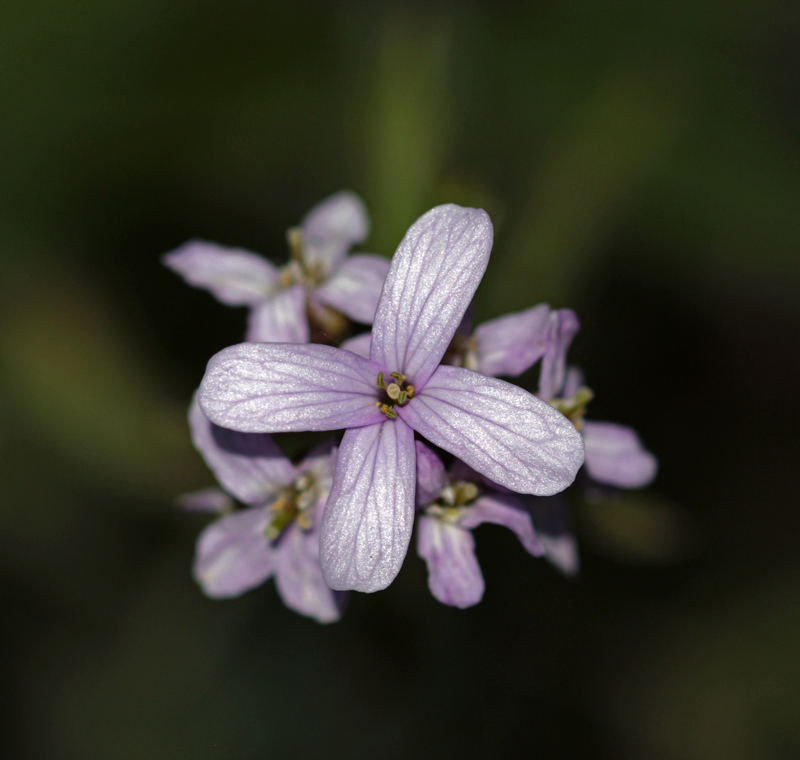 Beautiful aren't they!
Unfortunately the verge they grew on was mowed when they were young and the population flowering was around a third of that in 2015. It just shows that mowing verges at the wrong time can be catastrophic on rare plant populations.
Unfortunately these are on a private road so I can't blame the council this time.
Until next time,
Dave